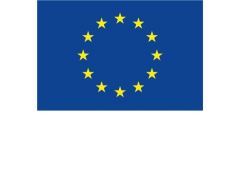 On 27.01.1945 the concentration camp Auschwitz was liberated. Since 1996, the Day of Remembrance for the victims of the National Socialist regime was established for this purpose. Since 2004, German football has also commemorated the atrocities committed by the Nazis under the motto “!Never Again – Remembrance Day in German Football” and remembers all people who had to leave their homes, were forced to flee, had to endure terrible events and the numerous victims of the Nazi regime.
Remembrance Day links the past, present and future. It draws lessons from the past, emphasizes the challenges of current, everyday racism and points out possibilities for living together in the future. It sends a clear signal for social coexistence without racism, anti-Semitism, homophobia and discrimination.
In 2022, Remembrance Day was held under the motto “Every person counts – no matter where” and remembered in particular the murdered people with disabilities during the Nazi era. “Even today, people with psychological, mental or physical disabilities experience disregard and exclusion on a daily basis,” says a stadium announcement by the alliance, which goes on to call for “the football family to take responsibility for its disabled fans and club members. They should be able to participate equally in a soccer without barriers.”
Clubs and organizations nationwide initiated various events on the topic. As an example, the club 1.FC Nürnberg organized a roundtable discussion for fans with and without disabilities at Max Morlock Stadium on the occasion of Remembrance Day. Hamburger SV held workshops in cooperation with the Neuengamme NZ memorial and also enabled employees to attend an internal event on the subject of “HSV under National Socialism”. The campaign was also shared widely on club social media channels to send an important and nationwide signal.
German soccer’s Remembrance Day represents many elements that the SafeZone project also addresses. Preventing radicalization and promoting democracy are essential undertakings that promote social participation and act preventively against disadvantages and exclusion.

The content of this platform was developed by SAFE ZONE project partners.
The European Commission does not accept any responsibility for use that may be made of the information it contains.